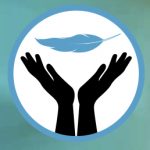 There is a significant and growing community that now identifies as spiritual-but-not-religious (SNR) and requires appropriate spiritual care. The UKRSC is a professional register of trained individuals who serve this community.

And there is a bigger picture, which is concerned with a cultural shift that has not yet been recognised or integrated into education, healthcare and government.

Although this new approach to spirituality — spiritual-but-not-religious — has been named and acknowledged (see for example Wikipedia), it needs to be represented in those bodies and sectors where other faith traditions have a seat and a voice. These bodies range from local interfaith and chaplaincy groups, through the regional bodies that set schools’ religious education curricula, to Westminster and the House of Lords.

This lack of representation is partly due to the fact that the spiritual-but-not-religious community is new and has not cohered into a movement with a clear voice.

At the same time its inclusive approach has sometimes given the impression of cultural appropriation, with some of its representatives claiming to be able to represent any and all faith traditions. This has understandably not been acceptable to those belonging to traditional faith communities.

The UKRSC provides a much-needed measure in representing this community.

A Definition of Spirituality

As we take a person-centred approach we encourage everyone to develop their own understanding and definition of spirituality.

At the same time we need to be explicit about our own terms of reference. We tend to use the following definition:

Spirituality is everyone’s natural connection with the wonder and energy of life (by whatever name); and the instinct to explore that experience and its meaning.

Spirituality affirms that life’s journey is about the growth of compassion, connection and consciousness.

In pastoral and chaplaincy contexts the UKRSC makes no claims to be able to represent or lead the worship of other faith traditions, but it offers humane, compassionate and deeply respectful spiritual care.  Our caregivers are service and community oriented and have a deep respect for all faiths. And many of our registrants do in fact have their roots in particular faith traditions.

The UKRSC’s rigorous Code of Conduct, governance and policies are based in a solid ethical foundation and demonstrate that we take our responsibilities seriously.

The UKRSC seeks also to be a partner in developing: